In 1922, Emily Post published her first etiquette guide, which included a list of anniversary gifts for each year.

Many are familiar with traditional anniversary gifts, but did you know that there is also a gemstone or metal associated with each anniversary?

This list of anniversary jewelry is endorsed by Jewelers of America and The American Gem Trade Association. No matter how many years you’ve been married, a gift of jewelry is always a beautiful symbol of love and commitment.

You’ve made it through your first year! Hitting that 1-year mark is a fantastic milestone in a couple’s life. You’ve learned even more about each other and grown closer than you could imagine. It’s been a year filled with firsts; maybe you bought your first home together or adopted your first pet.

All of those big and small steps you’ve taken together deserve commemoration with first anniversary gifts that signify your continuing bond and love for each other.

Gifting gold jewelry is an excellent way to mark the occasion, as gold symbolizes eternity, perfection, unification, and vitality.

A his-and-her set of gold anniversary bands or elegant gold timepieces for him or her will make your first anniversary a day you’ll remember forever. 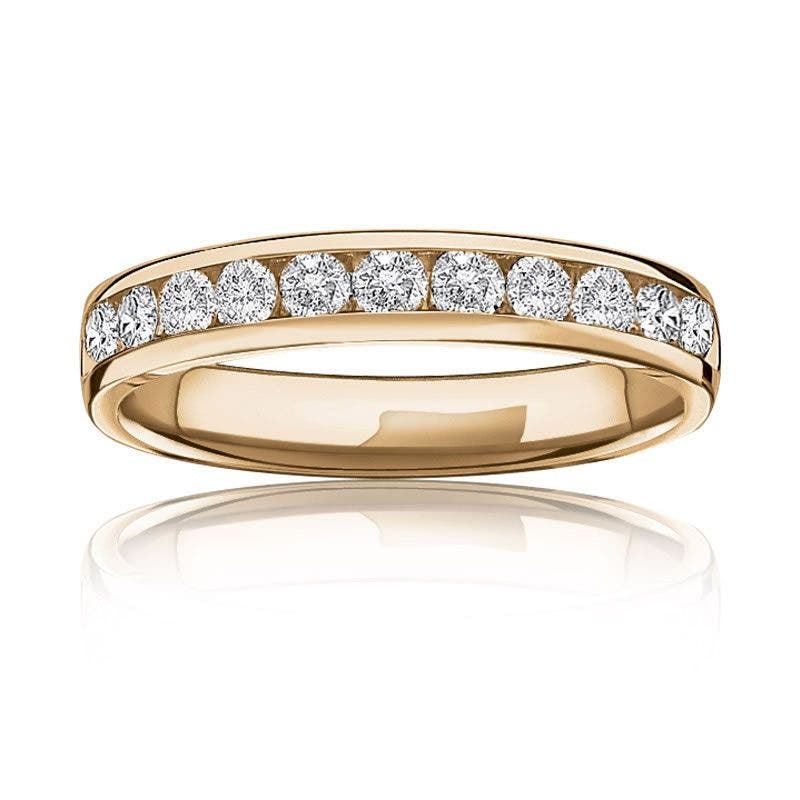 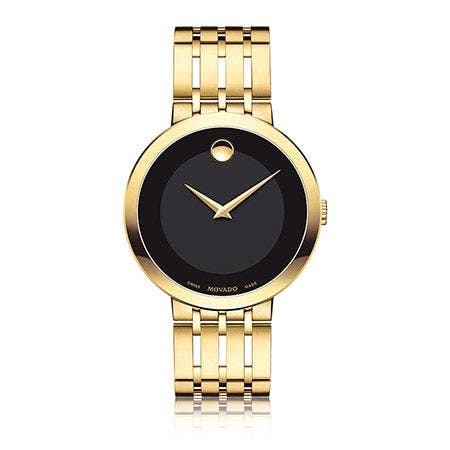 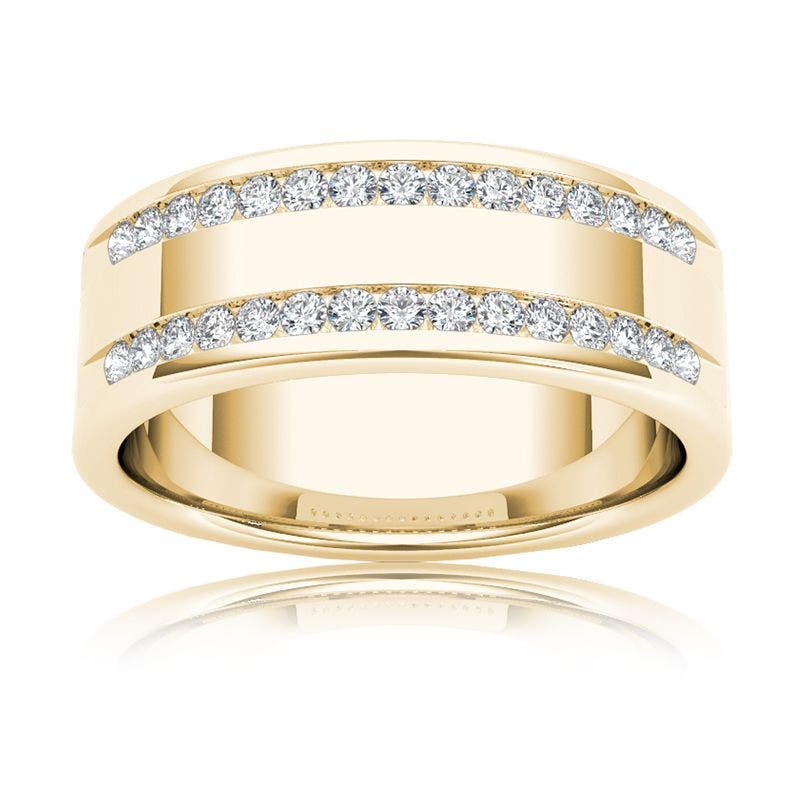 By now, you may have started a family, made a big move from the city to the suburbs, or taken on a great new job. Not considered “newlyweds” anymore, your relationship has had time to grow and mature.

The gemstone associated with the fifth wedding anniversary is sapphire.

Sapphires are usually thought of as blue gemstones but come in nearly all colors. The sapphire is a symbol of loyalty and integrity. Sapphire pendants, earrings, and rings all make beautiful and meaningful fifth-anniversary gifts. 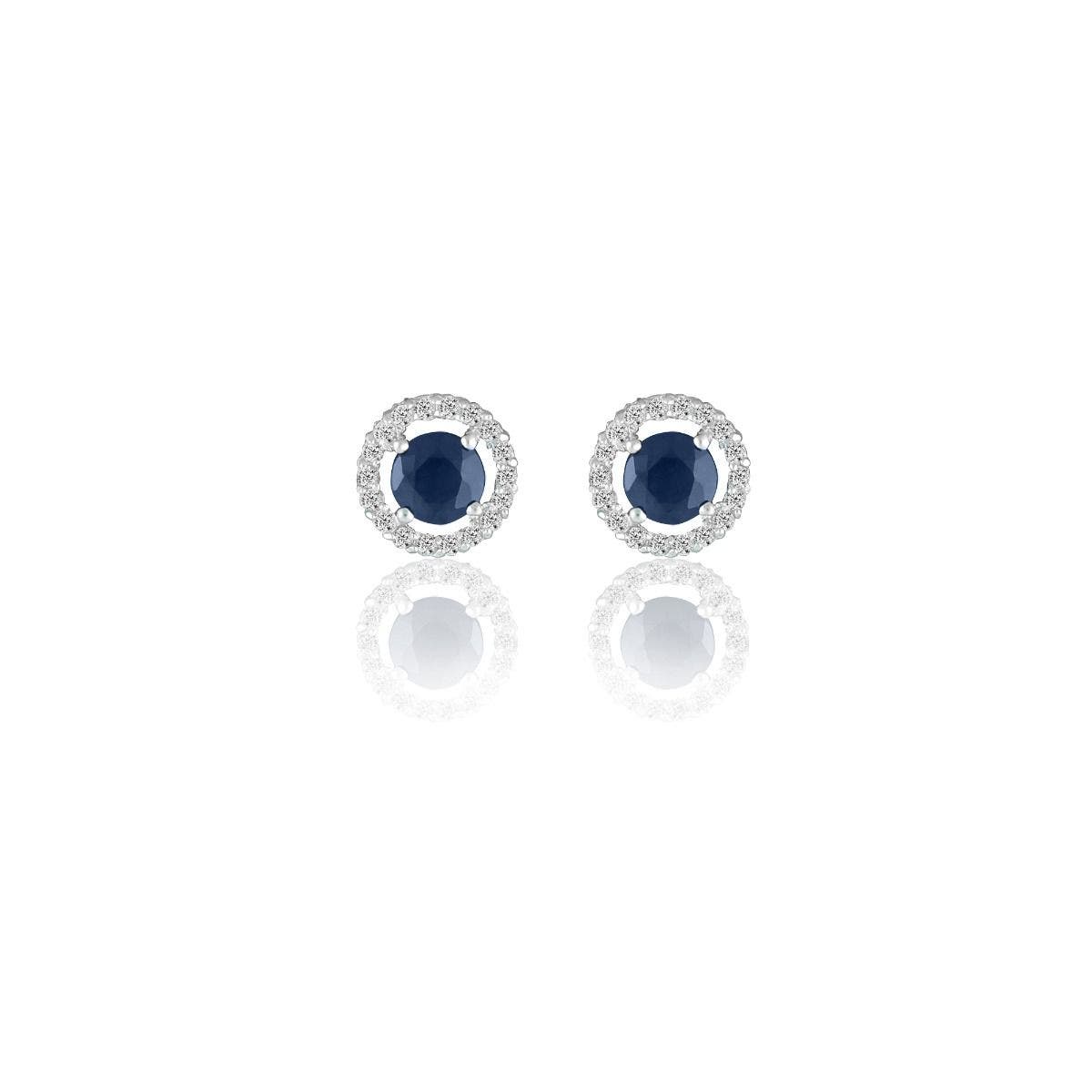 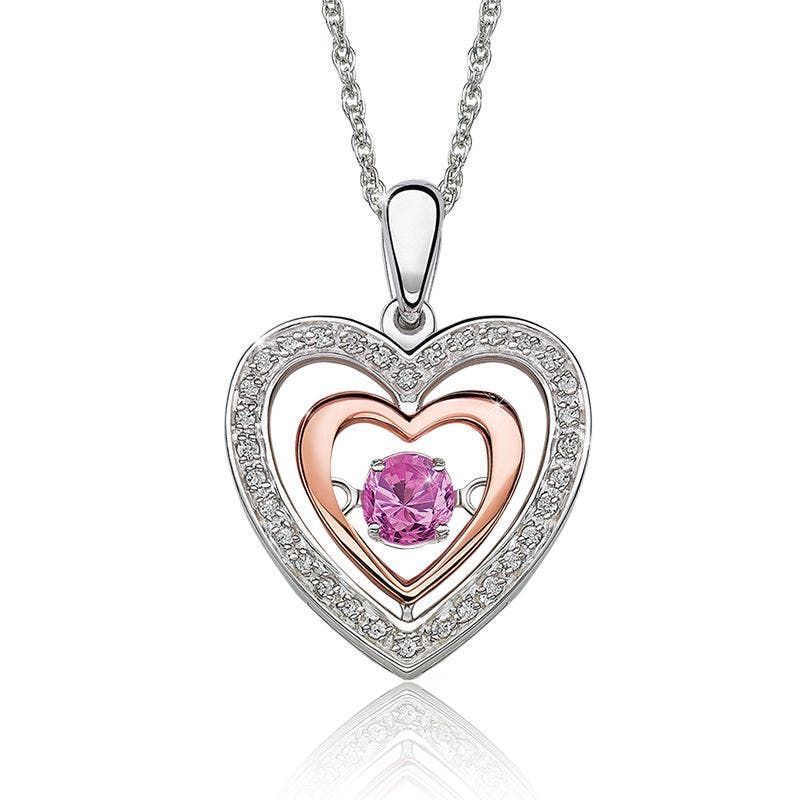 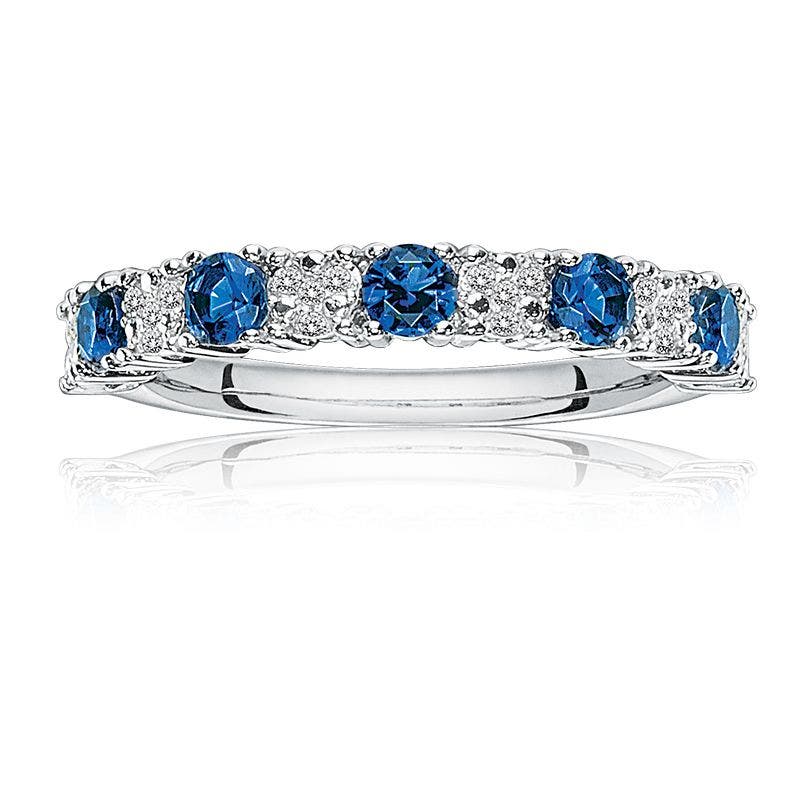 Wow! A full decade of marital bliss is something to be honored and celebrated.
You’ve shown that your marriage is a strong one, and what better way to honor that than with the most reliable, most durable of all gemstones, diamonds?

Diamonds symbolize long-lasting love and devotion.  Their brilliant sparkle and shine will be an everlasting reminder of your love for each other, which has only intensified over the past ten years. The tenth anniversary is a big one and might have you thinking of making a grand gesture. 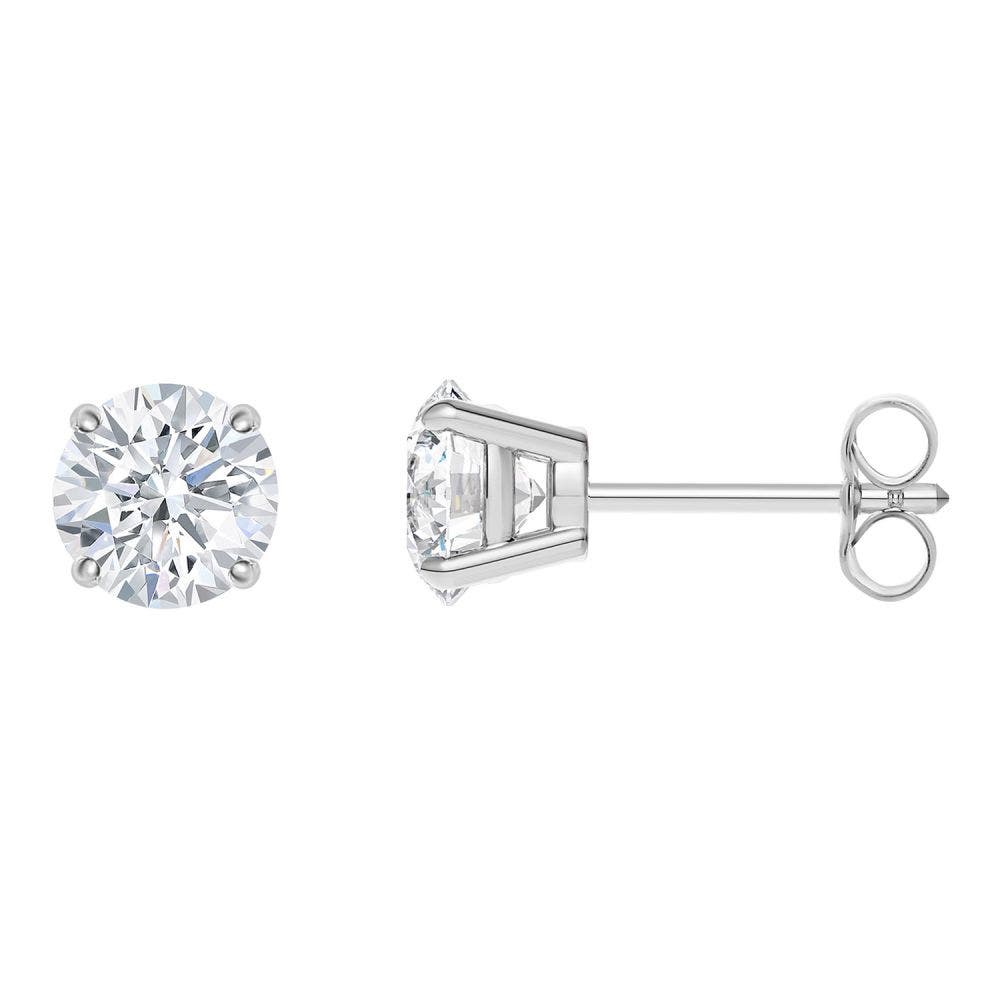 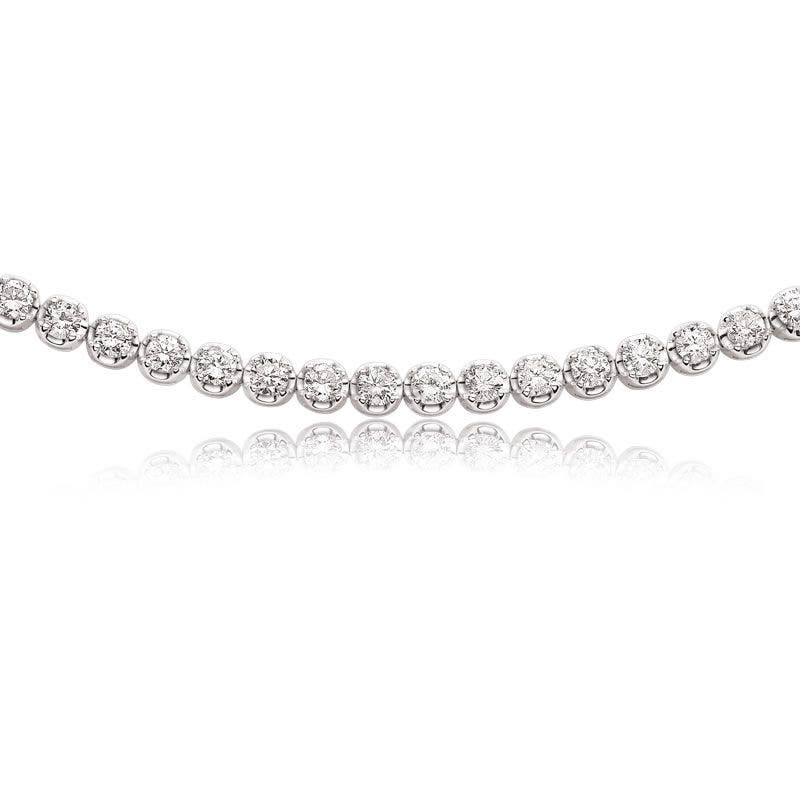 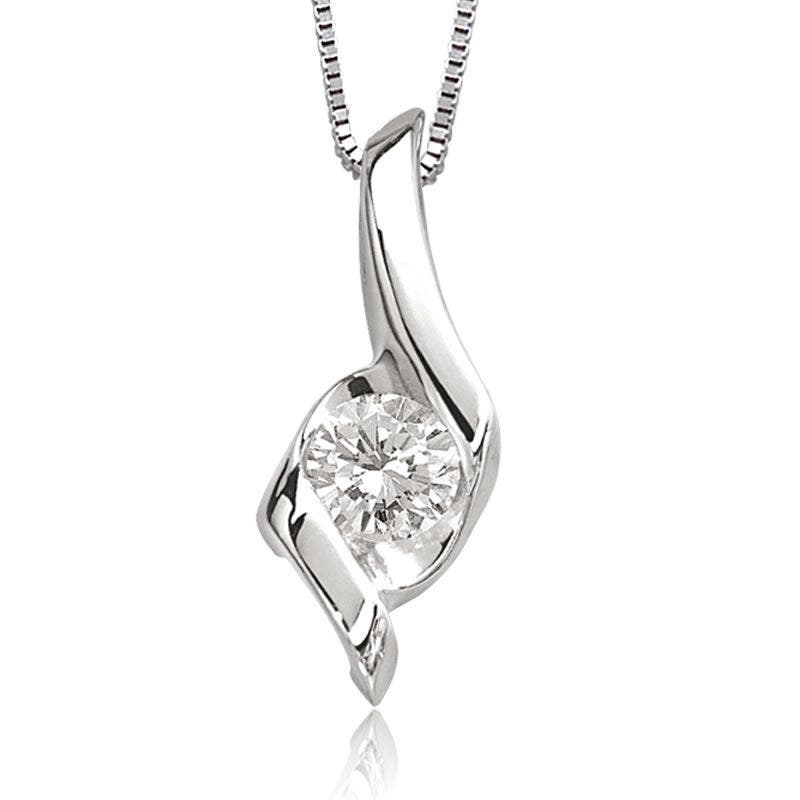 Twenty years and still going strong!  That’s a major milestone that not all couples get to meet.

Perhaps your children are teenagers now, getting ready to move on to college or adulthood.  Your long-lasting marriage will be an inspiration to them as they begin romantic relationships of their own.

Emeralds are the gemstones associated with 20th wedding anniversaries.

The emerald is a symbol of rebirth and is said to bring its owner good fortune, foresight, and youth.  Historically, emeralds have been linked with Venus, the goddess of love and beauty, making them a perfect gift to celebrate two decades of wedded bliss. Emerald rings, pendants, or earrings would all make your 20th-anniversary celebration even more memorable. 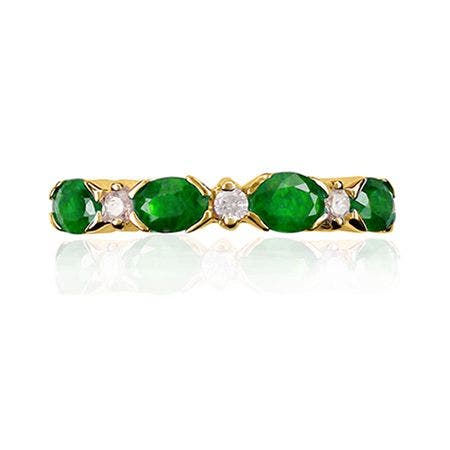 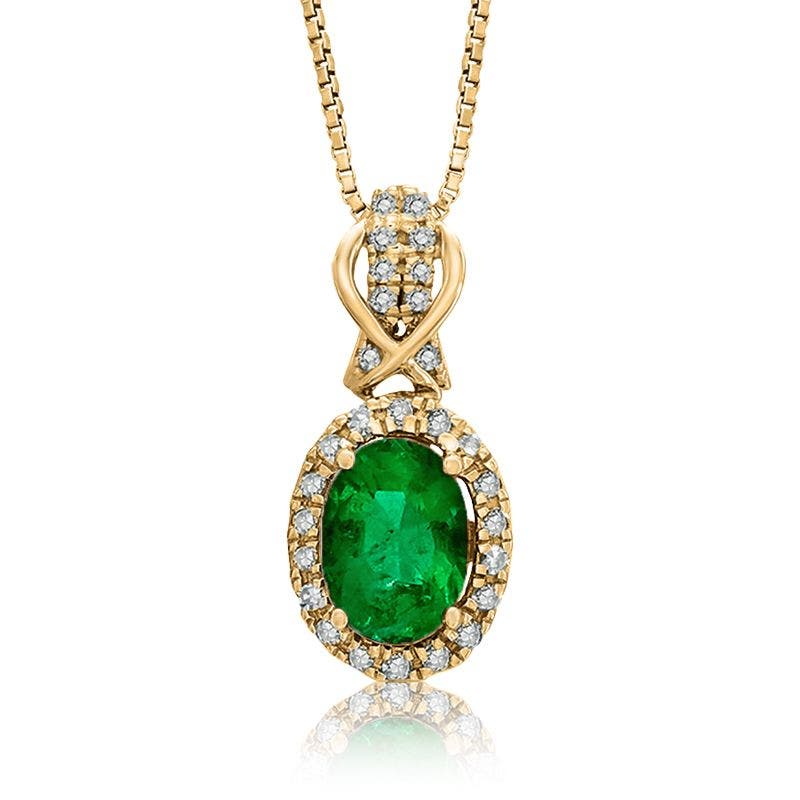 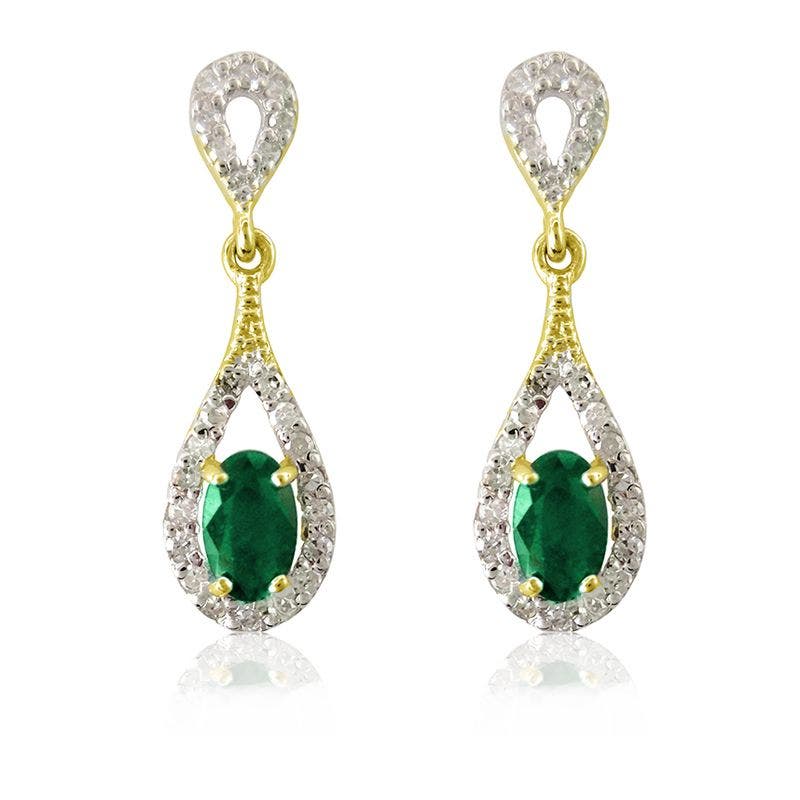 The 25th is anniversary year is known as the Silver Jubilee Anniversary. Jubilee means a special anniversary of one celebrating twenty-five or fifty years. This anniversary is quite special as there are only two jubilees.

It has been said that gemstone silver represents hope and unconditional love and it is also considered to be sacred and even possesses mystical powers. Make the anniversary milestone special by opting for a silver-tone that may even be white gold or platinum keeping the silver tradition. Personalized gifts are another perfect way to celebrate a quarter-century of love and commitment to one another. Check out our favorite three silver jewelry selections below, or all jewelry you can personalize here. 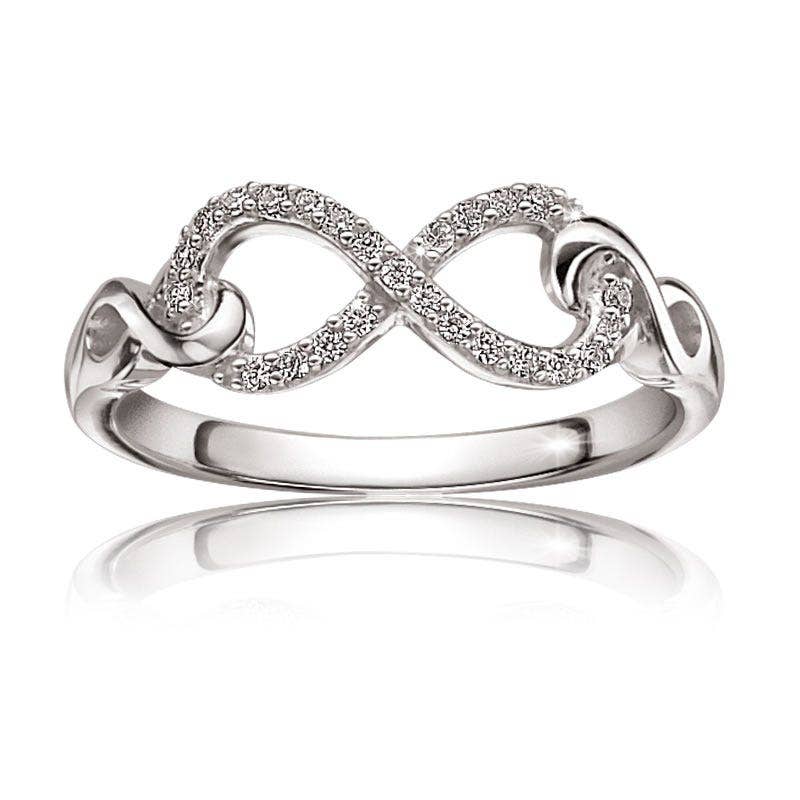 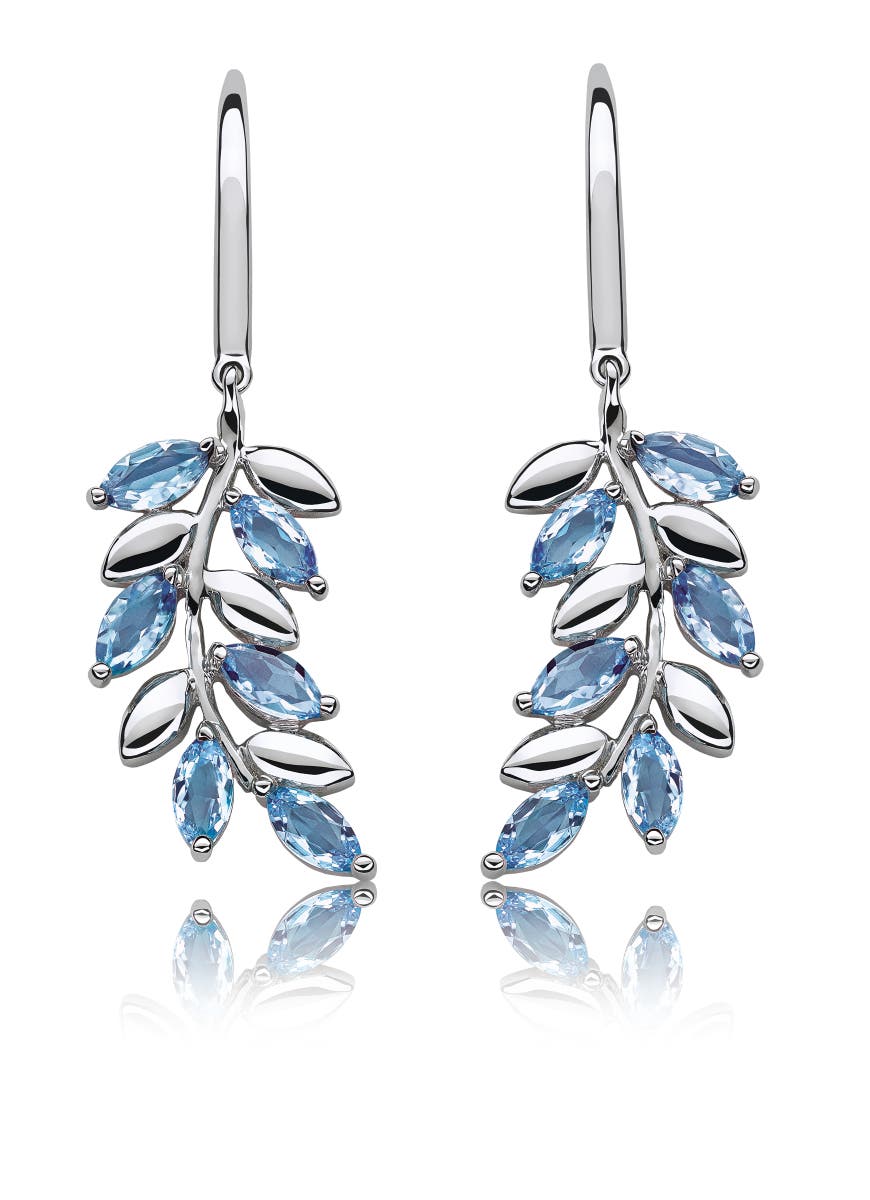 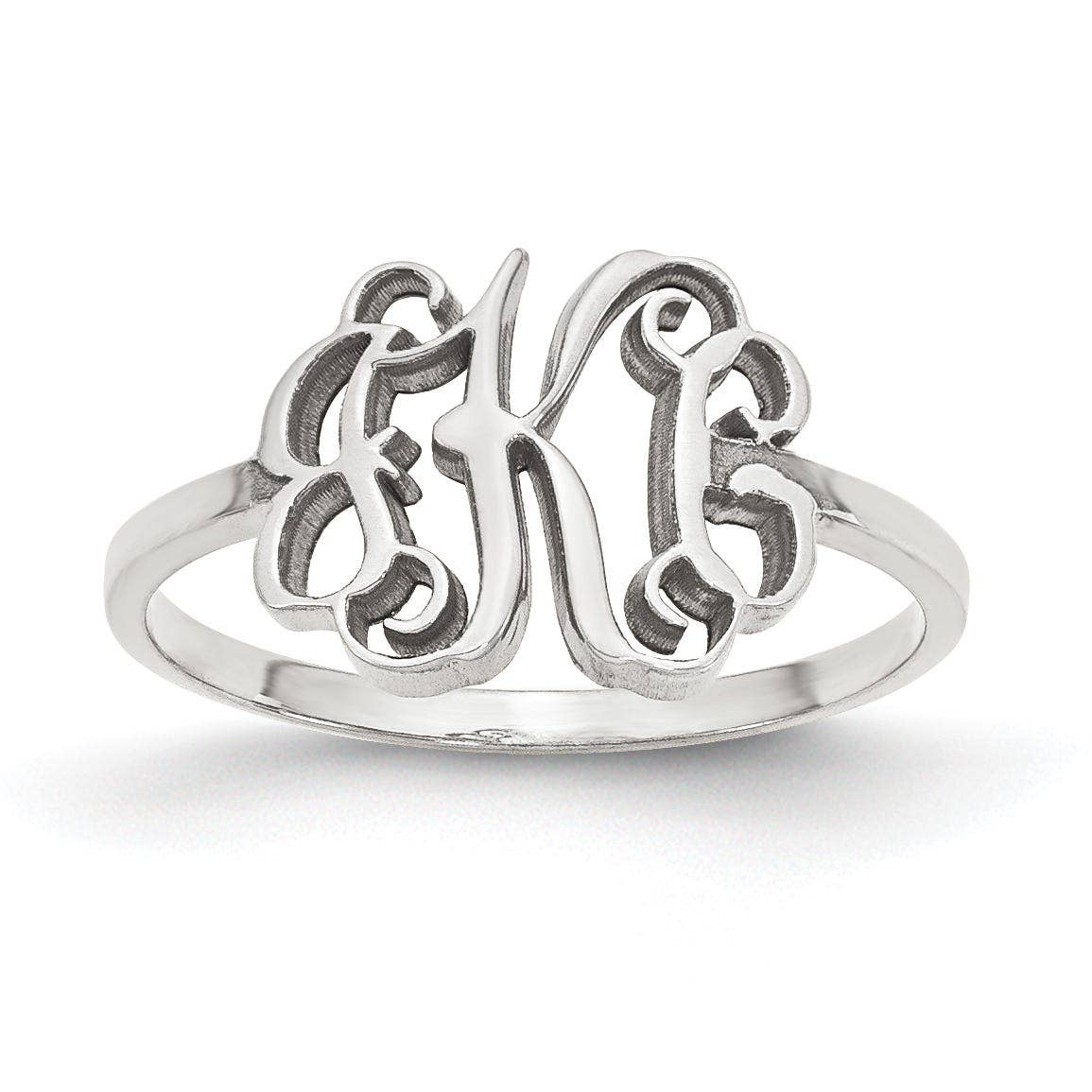 The 40th year anniversary gift is all about red. Red is the color of love, so it’s no surprise that Rubies, and all ruby jewelry, represents the tradition of 40 years together. The Ruby gemstone symbolizes wealth, health, wisdom, and let’s not forget a passion. Four decades of being together are worth the celebration. Go traditional with a selection of beautiful ruby rings, bracelets, and necklaces for her. 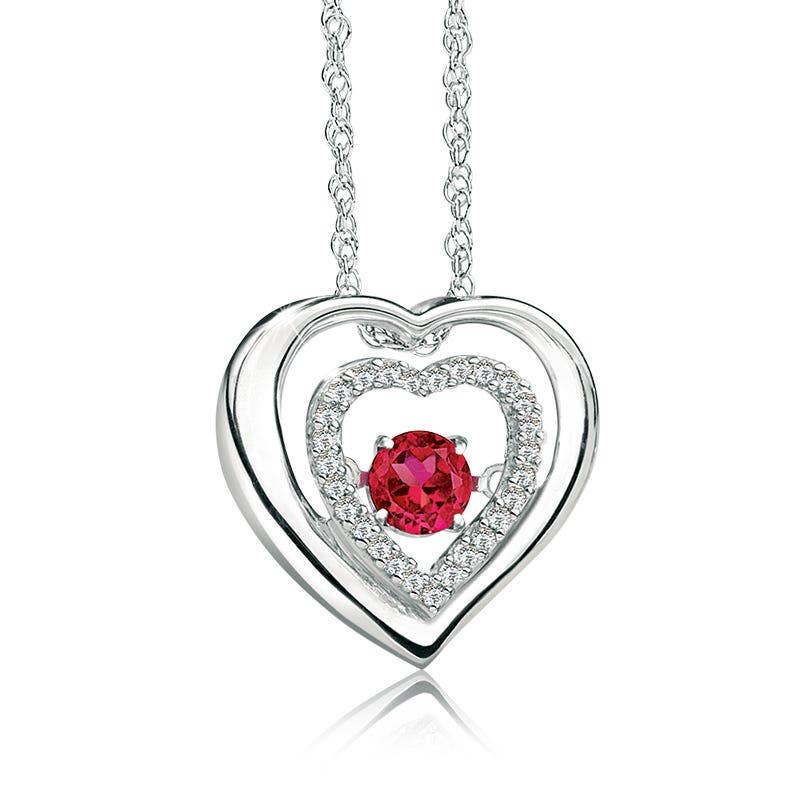 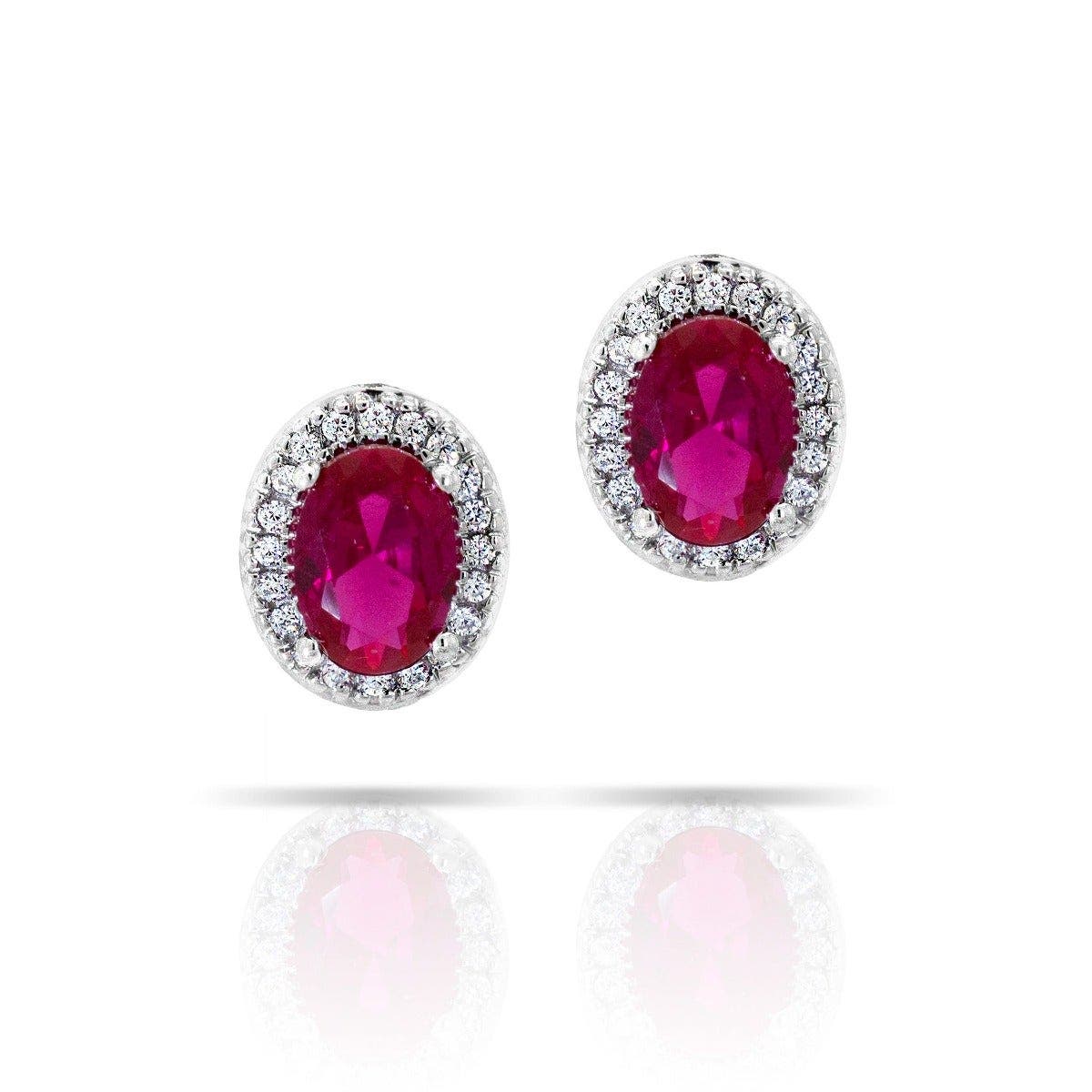 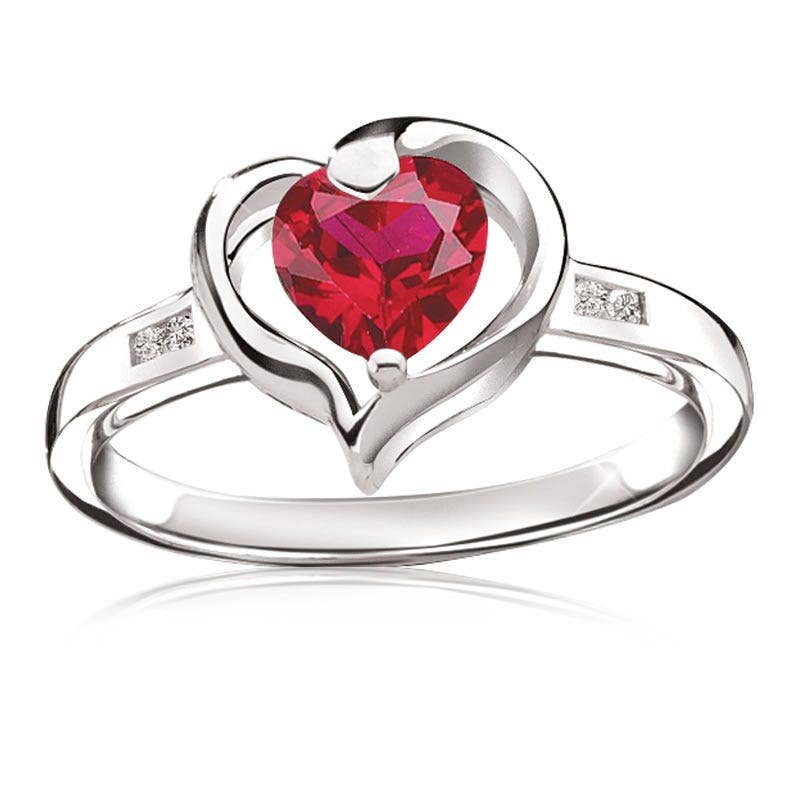 A marriage that lasts for 50 years is truly remarkable. By now, you likely have grandchildren who make you feel young again, and who inspire you to reflect back to when your marriage was new and you were raising your own small children.

Reflecting on the past makes this anniversary’s jewelry all the more poignant; just like your first anniversary, gold is also the metal associated with your 50th anniversary.  The 50th is also known as the Golden Jubilee Anniversary.

Gold jewelry is such a meaningful symbol for a love that’s lasted as long as yours.  As your commitment to each other, gold is also strong and resistant to wear.  Gold is also a symbol of success.  Gifts of gold jewelry are the perfect representation of a couple’s accomplishment of maintaining their relationship as husband and wife for half a century!  This is the time to go all out and surprise your better half with jewelry that will truly amaze them! 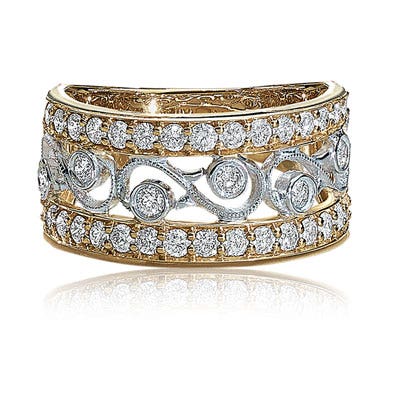 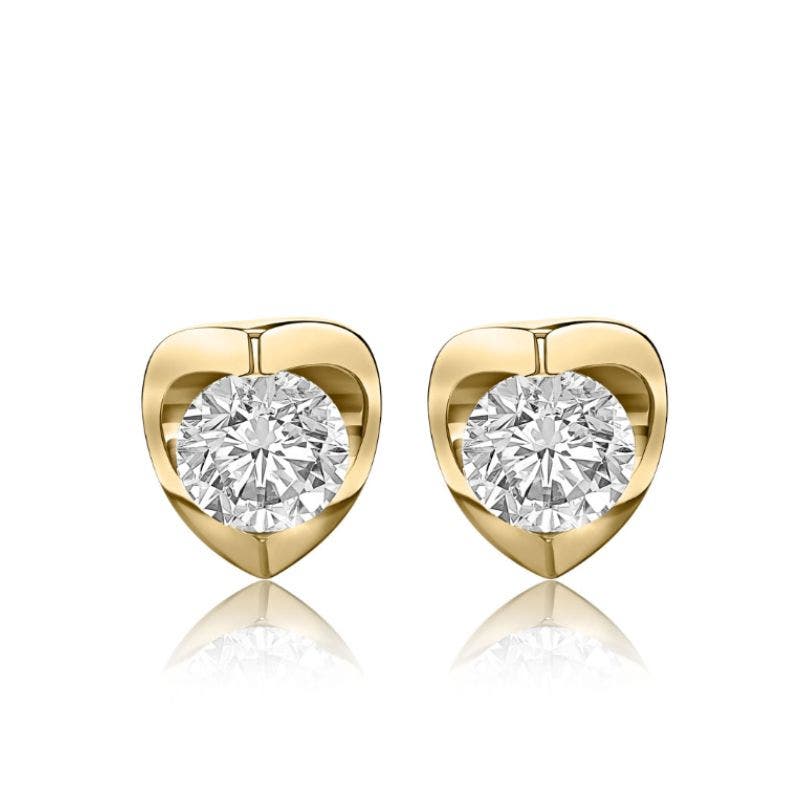 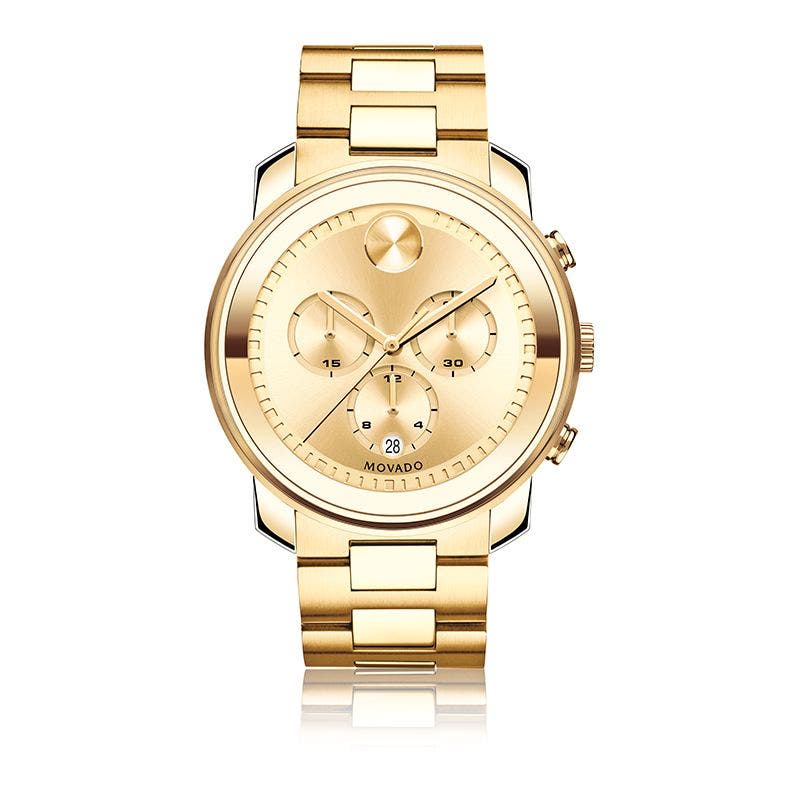