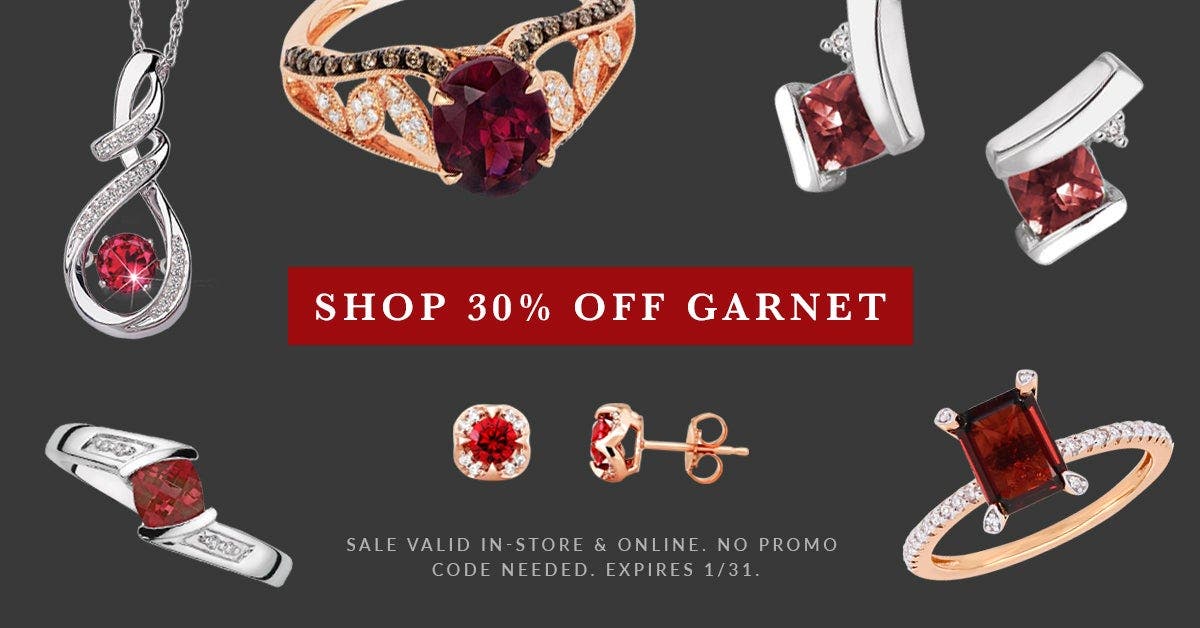 The month of January marks a time for new beginnings. Simply based upon the standard calendar, it marks another year where the Earth has circled around the sun. However, many look at January more intuitively and emotionally. For those born in the month of January, your new year follows the same path as nature and many believe some wonderful karma in that. One way to reap the benefits of that karma is by wearing your traditional birthstone.

If you know someone born in January, you know how inspiring and lively they can be. Giving them the gift of their birthstone is believed to help protect them and ward off negative feelings.

Read on to find out why the January birthstone is believed to be so powerful, and find our expert picks on the perfect jewelry to either wear yourself or give to a loved one. 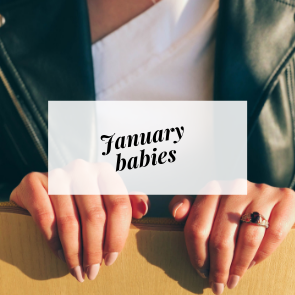 What is the birthstone for January?

The birthstone for the month of January is Garnet. A vibrant and meaningful gemstone, the Garnet received its name from a sacred fruit, the pomegranate. A staple in stories from ancient mythology, the pomegranate can be linked to elements of the seasons, fertility and even rebirth, which is appropriate for the month of January. Garnet, coming from the Latin word Garanatus, means seeds or seed-representing. Some garnets do resemble the seeds of a pomegranate, which is why this is the chosen name for this stone. Garnet is the birthstone for January and the gem for the second anniversary.

What color is Garnet? Which is most valuable?

While many of us believe the Garnet to be purely a red hue (even some Universities and sports teams have the color Garnet to signify their pride colors), the Granet can actually come in a wide variety of colors. This has to do with the physical stone itself. While all these stones are technically Garnet, they break down into categories: almandine, pyrope, spessartite, tsavorite, demantoid, rhodolite and leuco. As the colored stones (outside of red) are harder to come by, collectors put a hefty price tag on colors like orange and green Garnet stones. To appreciate the rainbow of garnets available, you have to see them. Find a retailer who can show you tsavorite, rhodolite, and one of the orange garnets. You’ll be surprised at how beautiful fine garnet can be.

What makes Garnet different than Ruby?

Aside from the fact that Garnet comes in a variety of different colors, there are several differences that occur between Ruby and Garnet. Even when both are categorized under the same red hue, here are a few key differences to help distinguish the two:

Garnets do come in a pure red hue, but they are rare in sizes over a half-carat. It is much more common to see garnets with a significant brown component to the red or a very dark tone that is perceived as black reflections especially where the garnet absorbs light.

Where is Garnet found?

Garnet is found all over the world and isn’t subjective to a few locations. The stone is also close to the Earth’s surface and not buried underneath mounds of pressure and sediment. The Garnet stone is created when rock and aluminum content combine together.

Garnet and its place in Astrology

For those born in January under the astrological signs Capricorn and Aquarius, the features and benefits of a Garnet stone can truly exemplify and enrich your life in so many ways. In fact, when Sun signs (your main astrological sign) wear their correlating stone, it brings forth positive karma under that stone’s best qualities. For Garnet, this could mean safe travels, the law of attraction to others (intimate, personal and professional) and even monetary fortune.

What are the benefits of wearing Garnet?

Aside from those who’s birthday signs fall in the month of January, there are many benefits everyone can gain from wearing the Garnet stone. Most importantly, the Garnet is a purifying stone. It can help rid the body and mind of toxins that are built up within and around you. Correlating with the properties of the new year, many wear Garnet to awaken, change or revitalize any previous tension or built toxins.

Now that we’ve convinced you of all the meaningful reasons you should wear (or gift) Garnet, we’ve collected a few stunning pieces for you to shop below. You can also save 30% on your Garnet purchase for the entire month of January.

These three pieces are great jewelry selections that can be added to any daily routine.

For those random fancy-feeling days, a formal event or date night, these Garnet jewelry pieces can take an outfit up a notch.

We’re big fans of having fun with our jewelry. Long gone are the days of coloring inside the lines, it’s time to embrace personality and put together jewelry collections that reflect you. Whether adding Garnet to an existing piece (like a charm bracelet) or paired up (multiple pendants), there are many fun ways to mix and match jewelry. Below we’ve provided three staple Garnet pieces that will make a great addition to any personal collection.

Want to shop more Garnet jewelry? Browse through our entire Garnet collection here or find one of our stores near you and let one of our jewelry consultants help you pick out the perfect piece.

With all the positivity and good fortune the Garnet brings, it’s really a great stone anyone can wear to jumpstart a new beginning.