Did you know that there is a special birthstone associated with every month of the year? The concept of birthstones dates back to ancient times.Legend has it that wearing a stone during its associated month provides healing powers. Read on to learn more about your birthstone’s significance and look for special savings on birthstone jewelry each month! 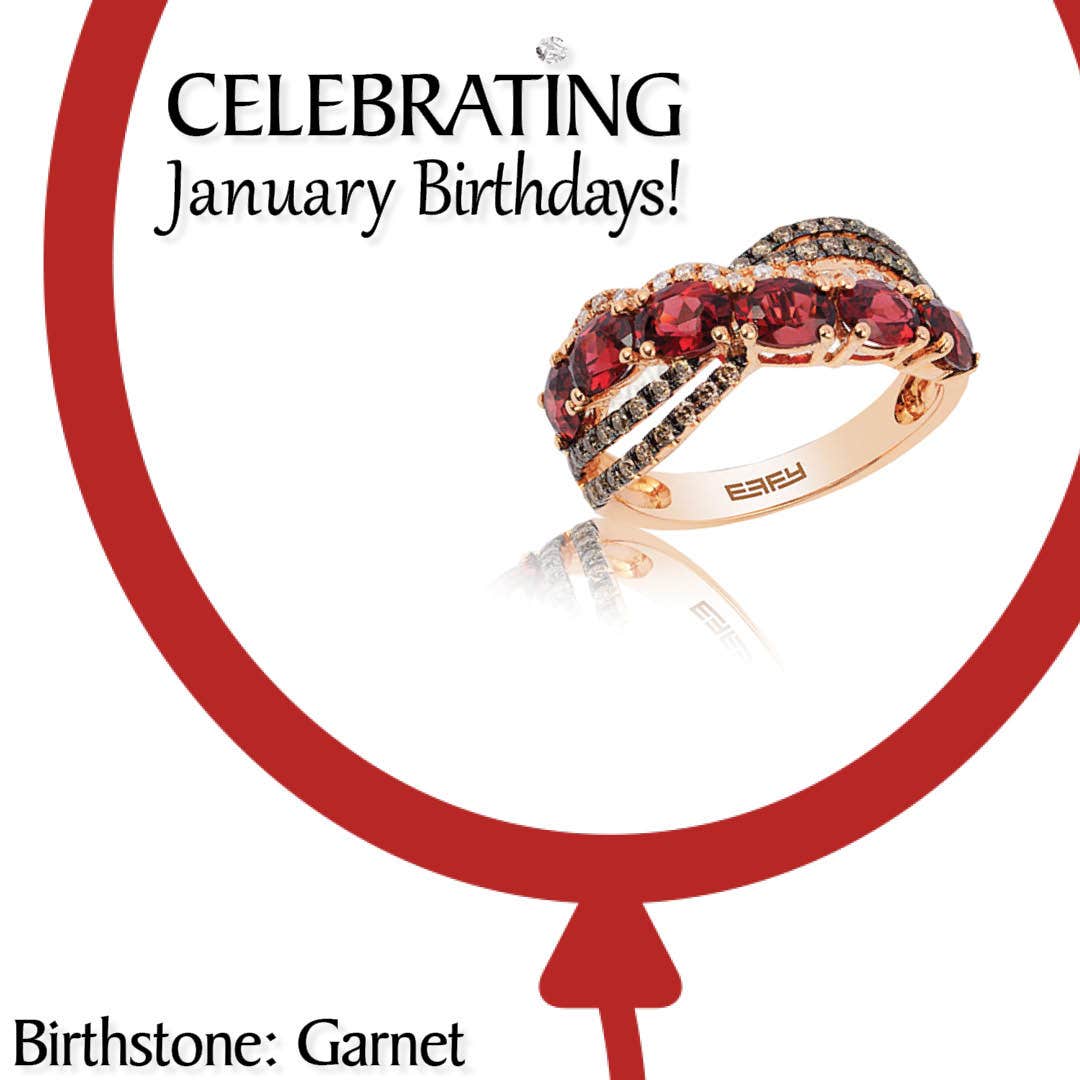 Amethyst is a purple quartz whose name is derived from the Greek word meaning intoxication. The ancient Greeks believed that wearing amethyst would prevent them from becoming drunk.

Today this beautiful stone is said to bring clarity to emotions, feelings and values to the wearer.

Aquamarine is a type of beryl that shines with a light and soulful blue hue. Very appropriately, its name comes from the Latin word “aqua,” which means water, and “marina,” which means the sea.

The cool, tranquil aquamarine is said to help wearers remain calm, clear their minds and build courage. It is often used as an aid in meditation. 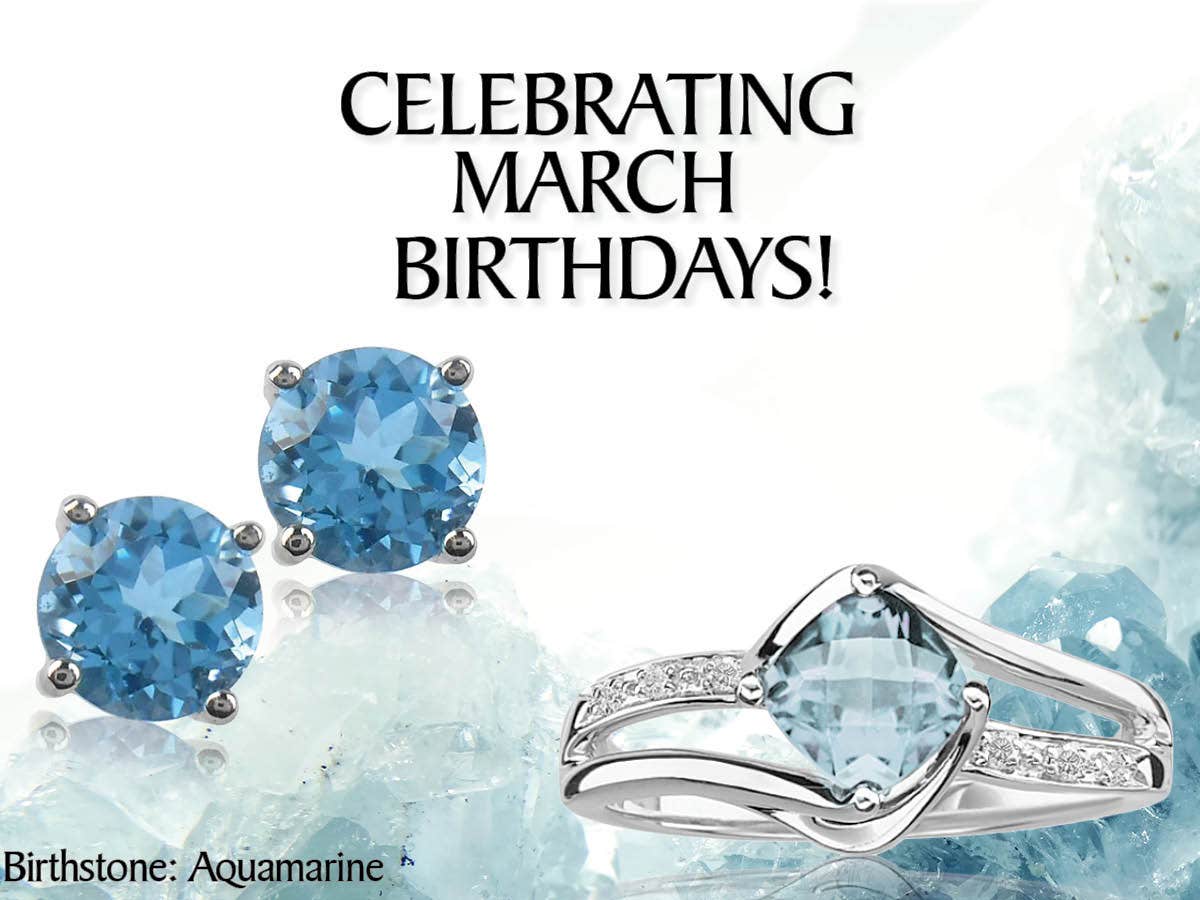 Perhaps the most coveted birthstone of all, the diamond is the most durable gemstone found in nature, making it the perfect symbol of long-lasting love and devotion.

The name diamond is derived from the Greek word “adamas” which means invincible. 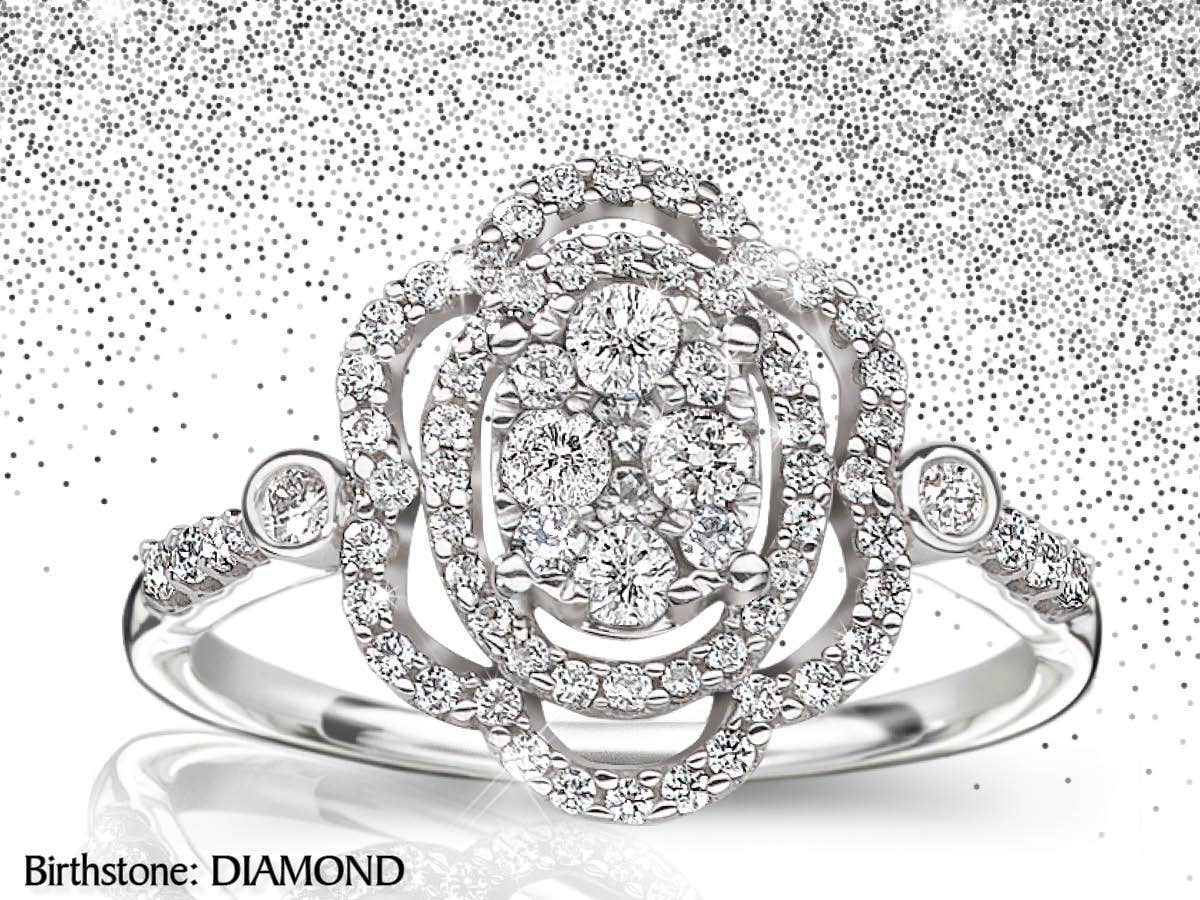 Emerald, another type of beryl, has a rich and majestic green hue that’s perfect for spring! The emerald is a symbol of rebirth and is said to bring its owner good fortune, foresight and youth. 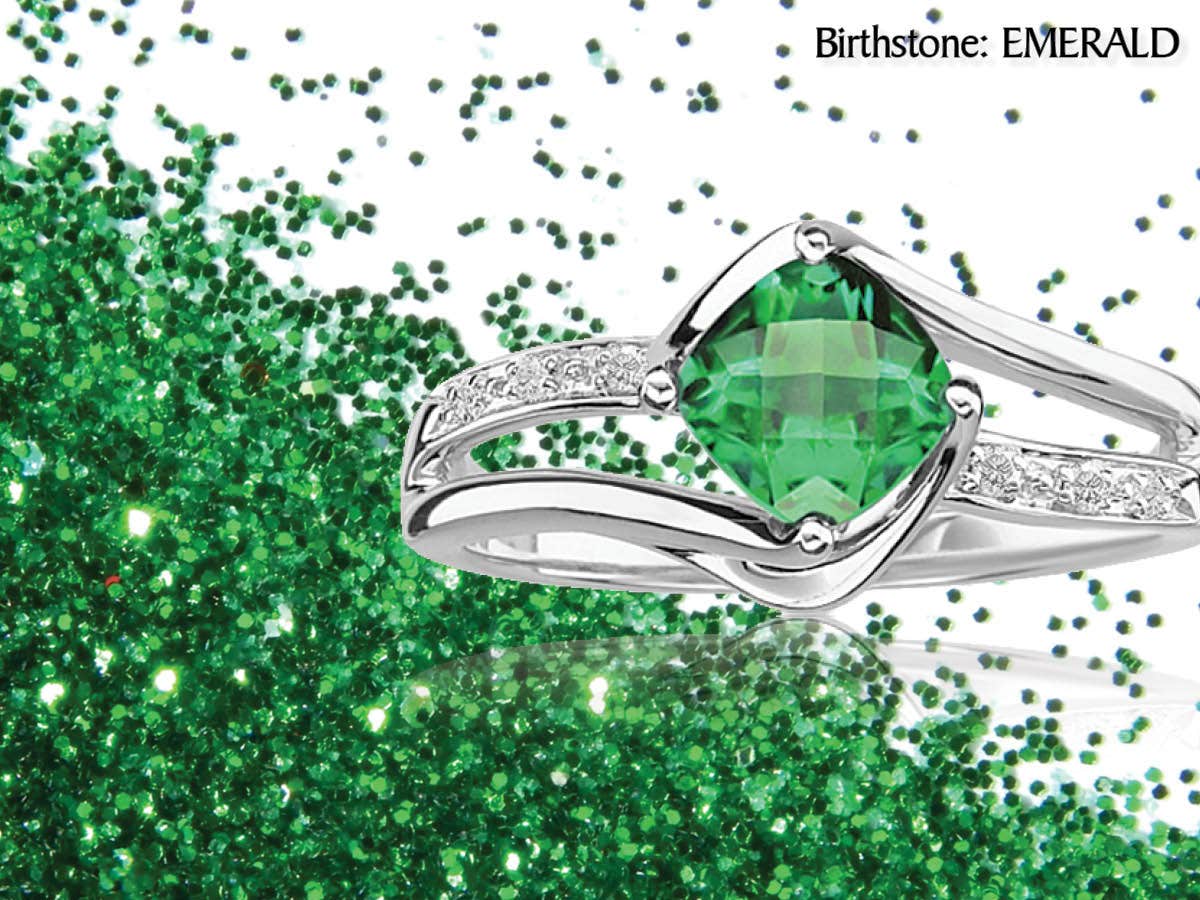 Pearls are the only gemstones created by living creatures. The process of building a pearl can take up to eight years! Pearls signify faithfulness, friendship and loyalty, and in many cultures, purity and innocence.

June’s pearl signifies faithfulness, friendship & loyalty. Pearls are formed inside mollusks such as oysters & mussels. The process of building a solid pearl can take up to eight years. 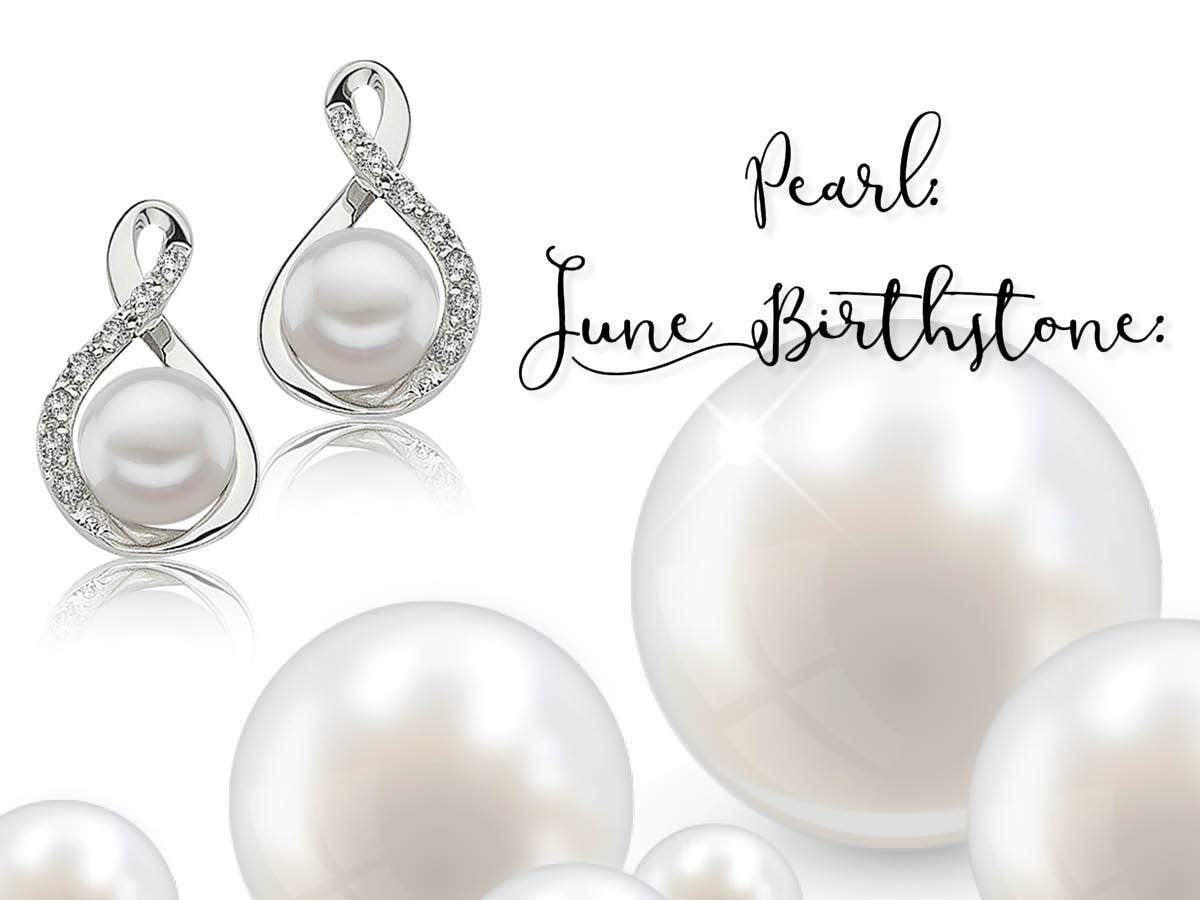 The deep red colored ruby is one of the most precious and rare of today’s naturally mined gemstones. Rubies have been popular since ancient times, with records showing that the Chinese traded them as early as 200 B.C. Rubies are regarded as symbols of love and passion and are said to increase energy and bring success in love and wealth. 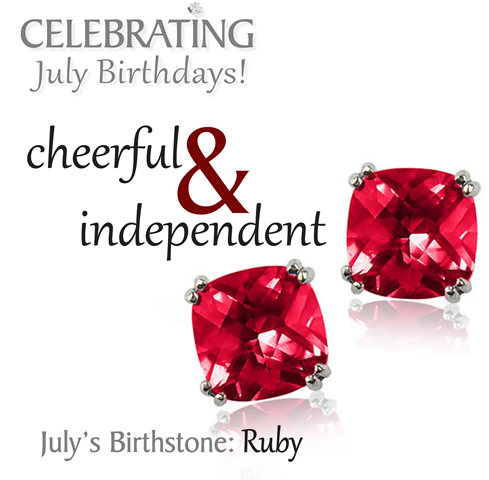 Peridot is a variety of the mineral olivine, which is formed deep within the Earth and brought to the surface by volcanoes. Easily recognized by its olive green hue, the peridot is thought to protect the wearer from nightmares, and symbolizes fame, dignity and success. 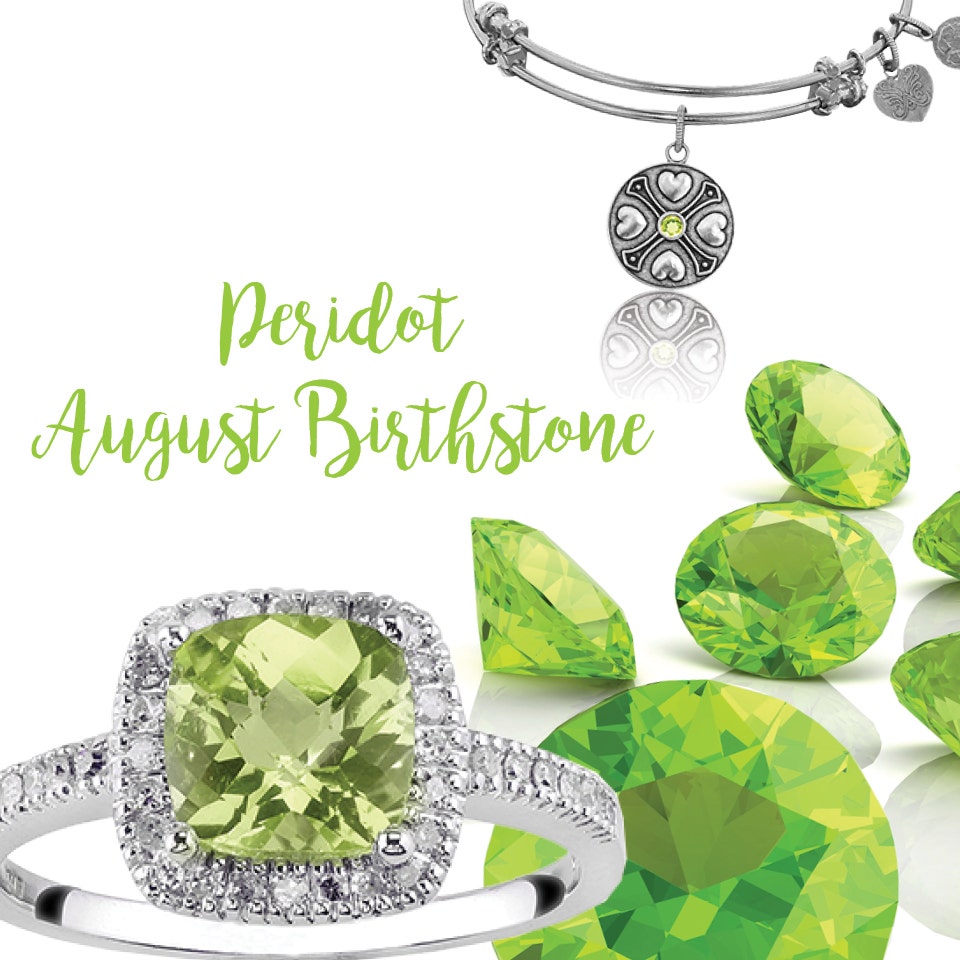 Sapphires are usually thought of as blue gemstones, but actually come in nearly all colors (with the exception of red, which is classified as ruby). The sapphire is a symbol of loyalty and integrity. It is also said to protect the wearer from envy or harm and to attract blessings from heaven. 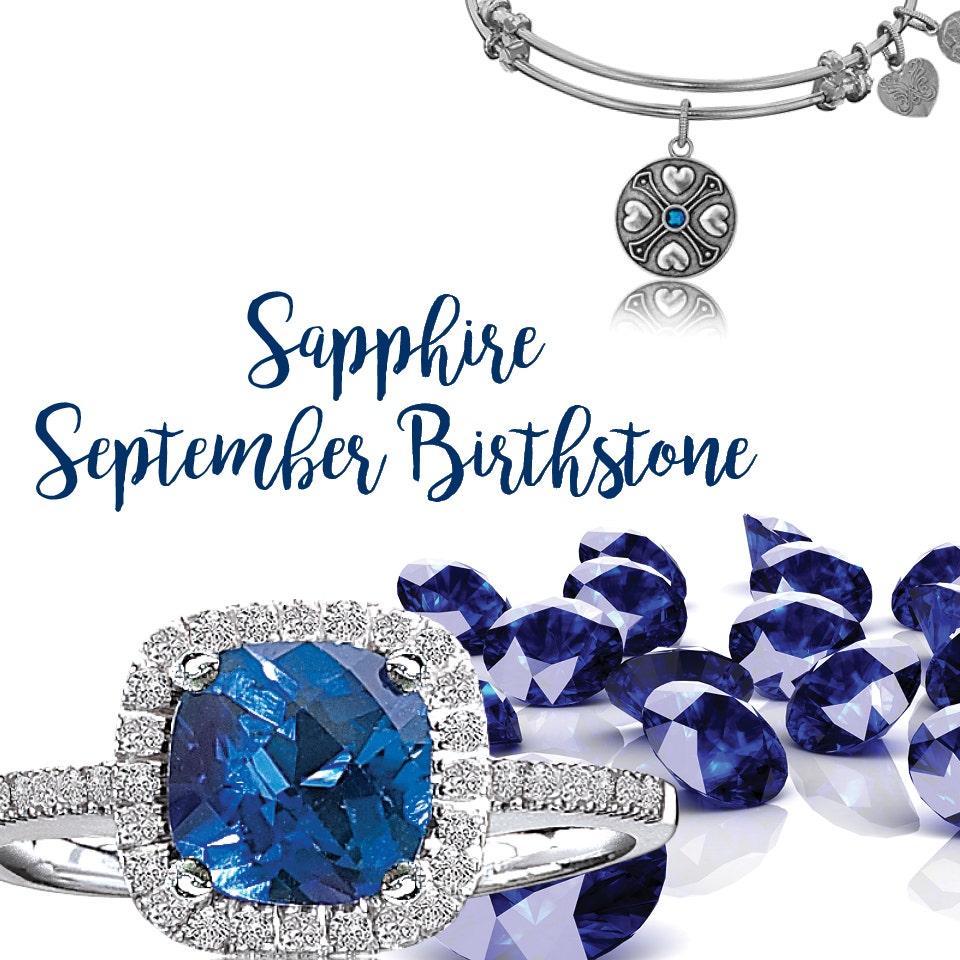 The word opal comes from the Greek “opallios,” meaning “to see a change of color.” Opals shine with a rainbow of colors because of their unique make-up of light-bending microscopic silica spheres. The majority of the world’s supply of opals comes from Australia. Opals signify faith, hope, good luck and confidence. 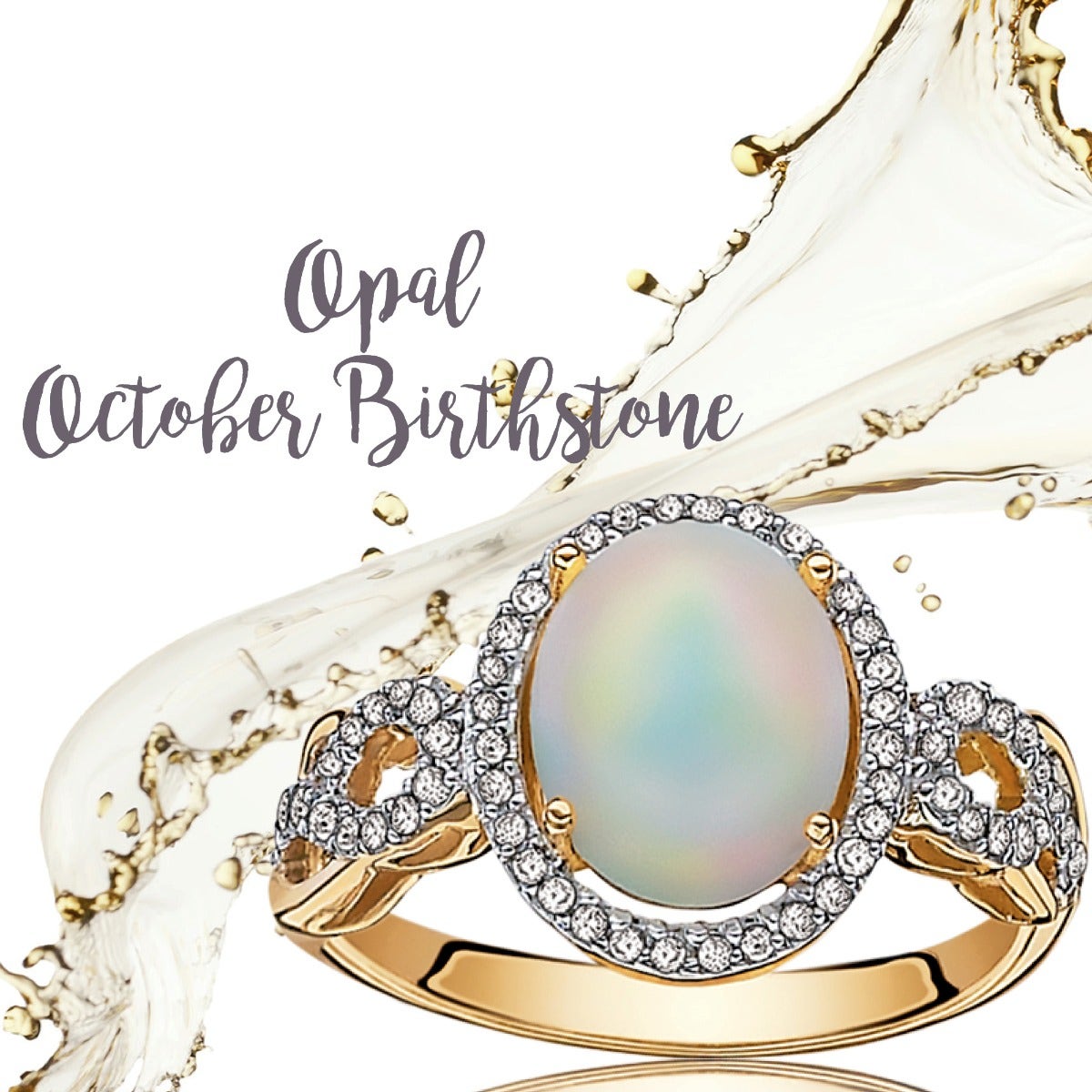 Citrine is a variety of quartz with a glowing orange hue. Citrine has been called the “healing quartz” because it provides energy and vitality. Citrine has also been known as the “merchant’s stone” because it is said to attract prosperity and wealth. 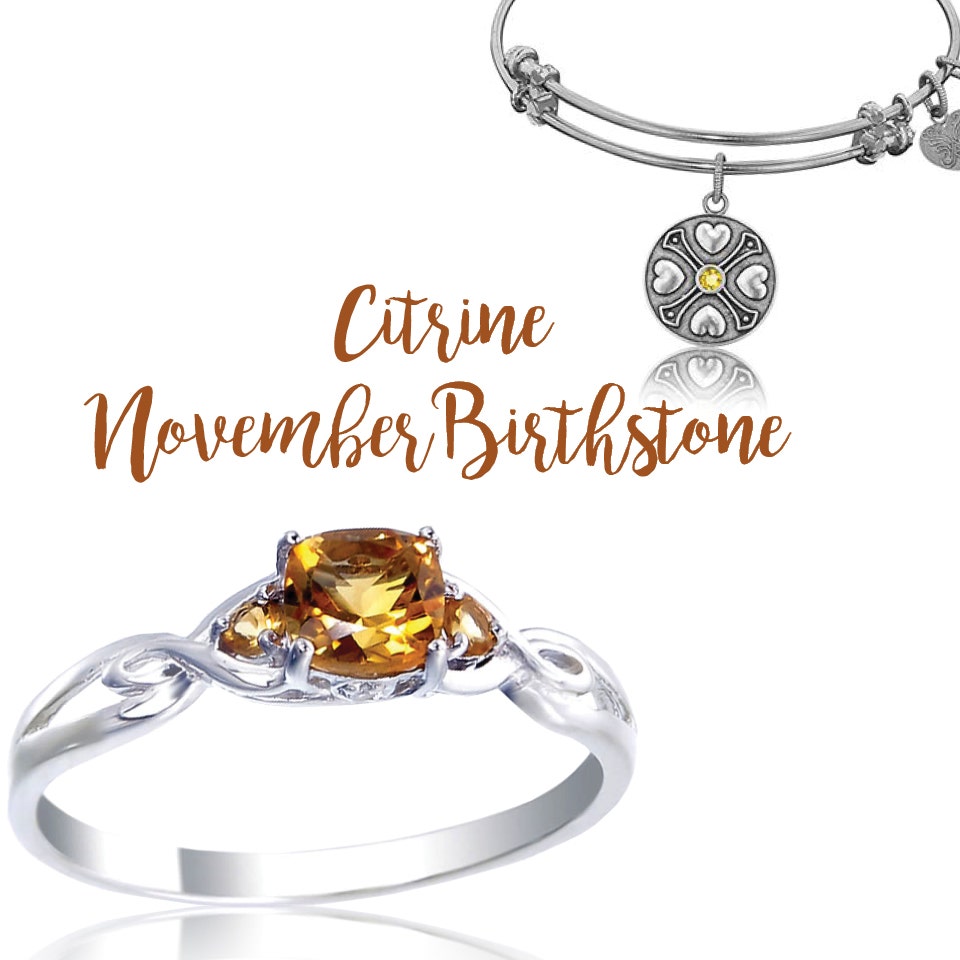 In addition to being December’s birthstone, blue topaz is the state gemstone of Texas. Its icy blue color is a perfect fit for December’s wintry weather. Blue topaz symbolizes long life, wisdom and knowledge. 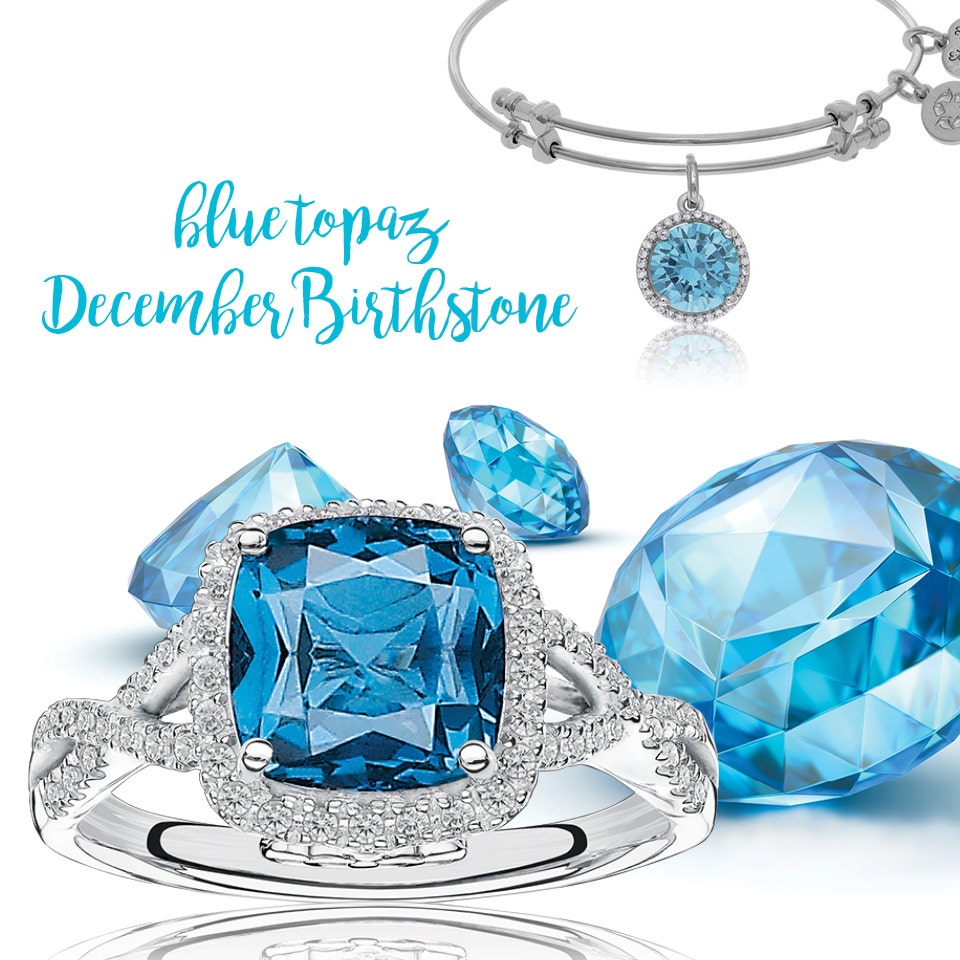